The Chinese New Year and its impacts on the supply chain 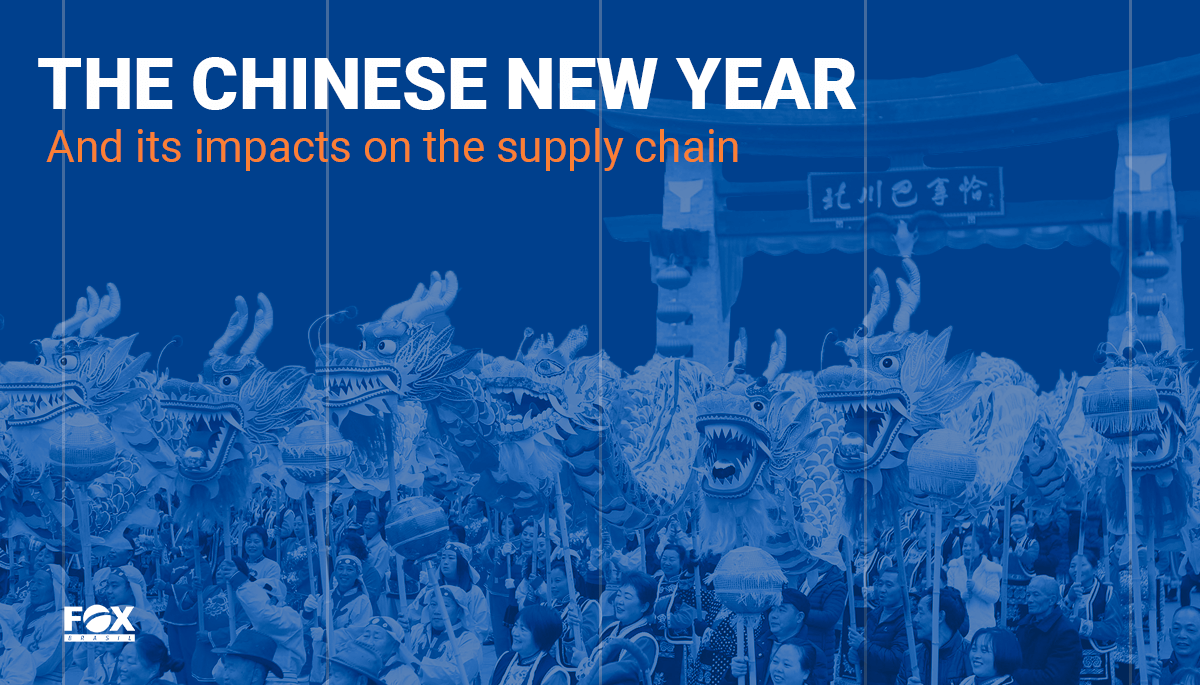 As one of the biggest economies in the world, China is a very important part of the supply chain and is vital to the functioning of the world: The country is home to many of the major cargo ports, as well as the biggest container manufacturer there is.

With that in mind, as the Chinese New Year holiday approaches, shippers and carriers from all around the world worry about what the reduction of the services during the holiday period will mean to their operations. Before we dive into what can be done to minimize the impacts, let’s understand what is the Chinese New Year and how do the countries celebrate.

What is the Chinese New Year?

Also known as Lunar New Year, the Chinese New Year is a spring festival that is celebrated in China and many other Asian countries such as Singapore, Vietnam and South Korea, marking the end of the winter and the beginning of the traditional Chinese calendar. It celebrates the “removing of the bad and the old” and welcomes “the new and the good” into our lives.

As much as this holiday falls on different dates each year, it does always fall between January 21st and February 21st. It is one of the most important holidays in China, with business closing and an increase in the number of travels as families goes on vacation or gathering to celebrate together. The festivities last 15 days, with many different events based off tradition and legends taking part across the duration of the holiday.

How is the Chinese New Year impactful on the supply chain?

With the beginning of the holiday, most business close for the holidays, and that includes several port services, such as customs, as well as truck drivers and factories. Some operations can take up to a month to get back to business as usual but, as much as customs services usually close for only about three days into the holiday, it is still impactful since it will inevitably delay clearances and cause port congestions.

The same can be said for road freight, some companies and individuals continue to offer services through the holidays, but they will, of course, charge an extra due to the seasonal event, so shippers must be prepared for not only delays, but also an increase in the costs of services and unavailability of containers.

How can one prepare for the Chinese New Year?

As a shipper, a number of measures can be taken in order to diminish the impacts of the holiday on your operation. The most effective one, however, can probably only be taken with several months in advance: Try to avoid having shipments to or from China during that timeframe.

If that is not possible, try to build a contingency plan and focus not only on the effectiveness of your shipping, but also on warehousing and storage, lowering the risks of suffering with lack of resources that could not be sent or delivered during the Chinese New Year.

Another good course of action is having the support of an experienced freight forwarder. They’re best suited to deal with all of the obstacles to shipping that come with the holidays, having worldwide connections that may give your shipment other options during this struggling time of the year.