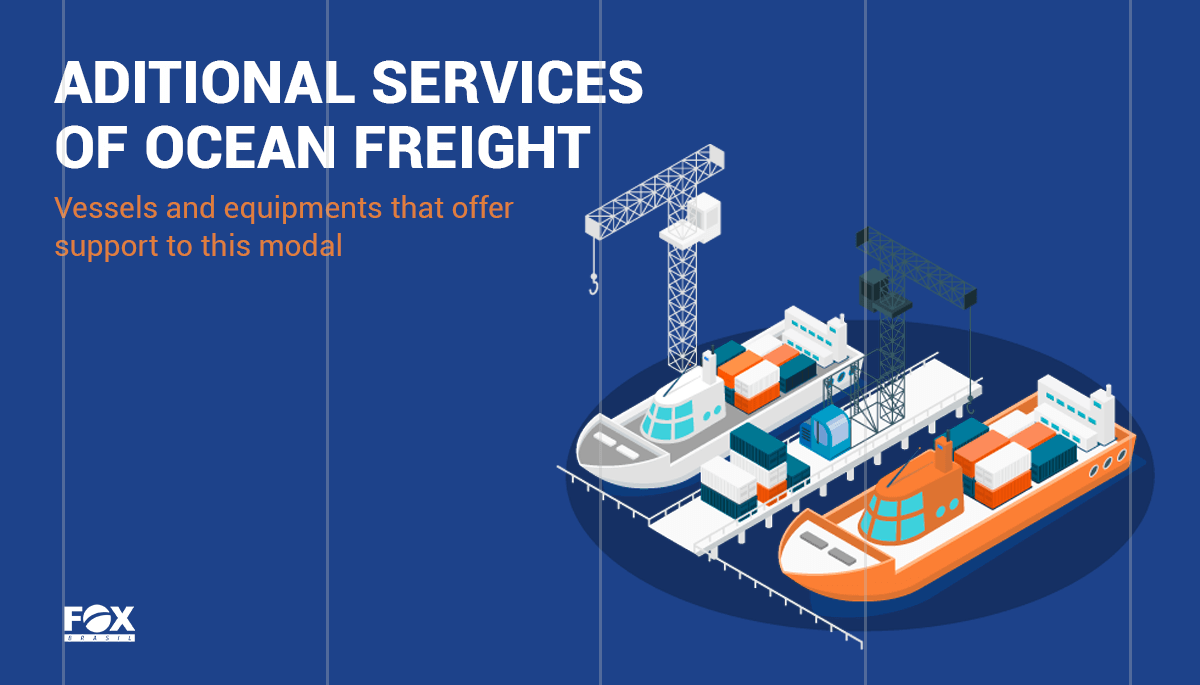 Alongside the well-known freight ships that carry containers, project cargo and many kinds of products across the continents, there are other maritime vessels and vehicles that play supporting roles in ocean freight operations. How about we get to know some of them?

Tugboats are essential to maritime operations and their main role is to help maneuver larger ships, that can’t get into ports without that extra help since they are just too big and too heavy to move accurately on their own, especially through narrow canals and port entrances.

In addition to that, they also provide movement to barges, oil platforms, disabled ships, and can also be used as salvage boats, ice breakers, and even provide firefighting assistance in ports, and even at sea.

Rescue and salvage ships are used to help vessels that are stranded or stricken and offer other kinds of aids such as firefighting and general rescues. They usually have a landing spot for helicopters on their main deck, as well as lifting cranes to facilitate their operations. Often, these vessels are used in groups in order to assemble a combined rescue structure.

Feeder vessels are smaller size freight ships that operate collecting cargo from minor ports, usually where standard cargo ships would not be able to reach due to their size, and then transport it to maritime terminals where the cargo will be loaded into bigger ships for international transport or simply transportation from that point forward.

Floating cranes are vessels that feature mounted cranes capable of serving multiple purposes, such as the assembly of projects, from small to large, like building platforms, ports and bridges. In ocean freight, they are used for cargo movement, to retrieve sunken ships, as well as perform heavy lifting activities.

Just like there are passenger ferries, there are also ferries used to carry cargo loads. Ferries are a good asset to projects cargo operations due to their spacious plane deck that is able to accommodate oversized indivisible objects, as well as the existent Ro-Ro models that facilitate the loading and unloading of wheeled cargo.

Cable laying ships, as the name says, are vessels designed specifically to lay cable lines underwater, which are mainly used for vessel tracking, making it possible to locate the exact coordinates of cargo ships as they travel through the seas. As much as they were built with a single purpose in mind, they are also used as research ships to monitor oceanic life.