Drone Deliveries: How close are we from this reality? 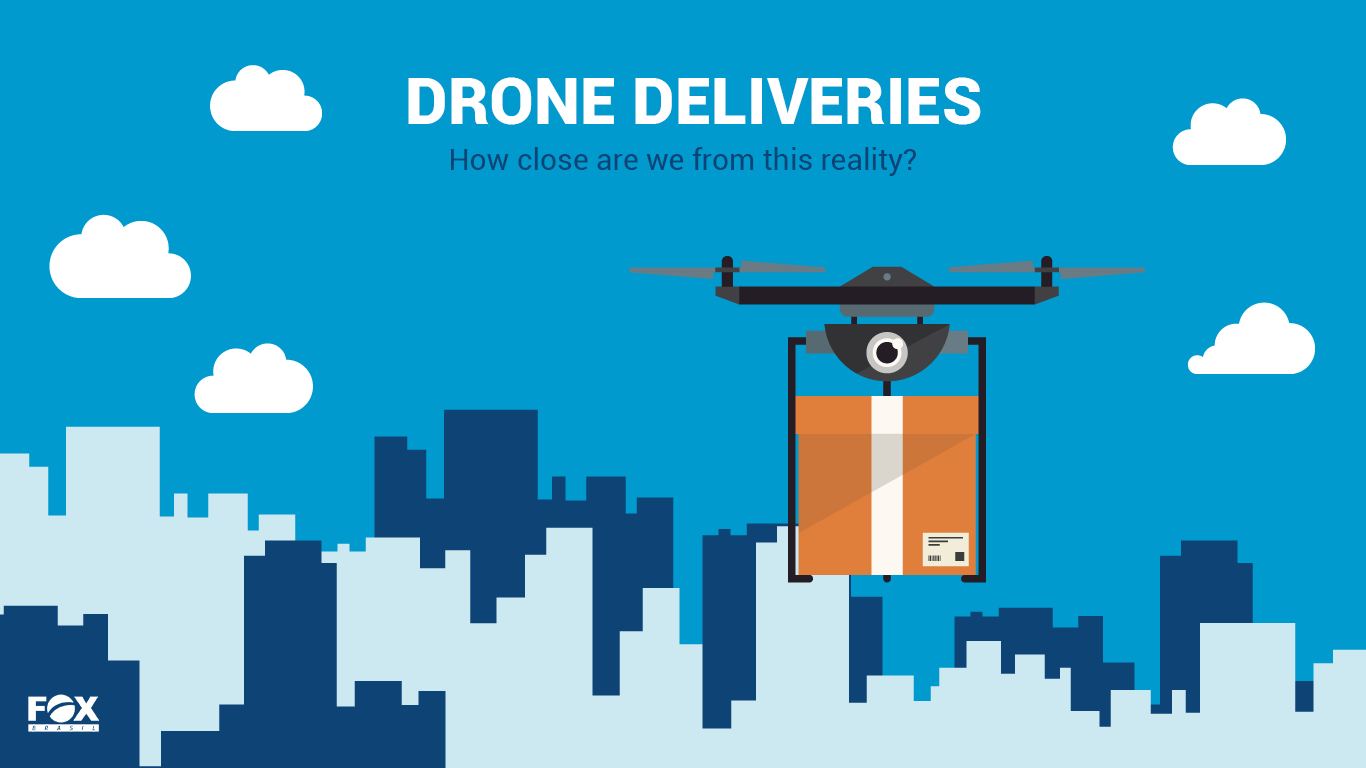 Making everyday tasks faster and easier is definitely one of the biggest advantages that technology has brought to the world. As much as implementing new technologies isn’t a simple concept, as soon as they become a reality and we grow accustomed to them, it’s hard to imagine completing the same tasks without their assistance.

Could this be the case of drones?

Drones can offer faster deliveries since they won’t have to face lines of traffic on the airspace. In addition to that, they can reach trickier areas that a conventional vehicle would not be able to.

Since they’re not moved by fuel, they are a more environmentally friendly alternative and, as much as they would still need an operator, the fuel money that is saved makes drones a cheaper delivery mode as well.

Drones are already a reality, so all we would have to do is adapt them to be able to handle actual delivery demands, such as more weight and longer distances.

The laws that surround the use of drones can be considered one of the biggest reasons why their implementation in our current delivery model is happening so slowly.

First of all, the rules differ from region to region regarding how high drones can fly, how big they can be, how far from their pilots they can go and, in some places, drones are not allowed at all. Additionally, the requirements for drone pilots to get clearance for flying are also not the same in every place.

There are security issues that need to be taken into account as well, since drones would be flying above people’s heads carrying packages and any mistakes committed by the operator or any connection errors could cause the packages to be dropped or the drones to collide.

But even with those counterpoints to their use, specialists project that drones will gain a bigger role in our logistics operations from five to eight years from now, due to the fact that, as much as the limitations are substantial, they are worth surpassing when we consider the benefits.

What are cross-border courier services?

One of the biggest advantages of having an e-commerce business is that your products are visible to potential customers from all around the world. However, as much as consumers are constantly interested in buying foreign products, whether looking for better […]

Drone Deliveries: How close are we from this reality?

Making everyday tasks faster and easier is definitely one of the biggest advantages that technology has brought to the world. As much as implementing new technologies isn’t a simple concept, as soon as they become a reality and we grow […]

When we are talking about international shipments, customs brokers and freight forwarders play very important roles that are similar in many ways which may lead to one thinking that they’re just two names for the same thing, but they are, […]