The concept and the importance of cargo insurance 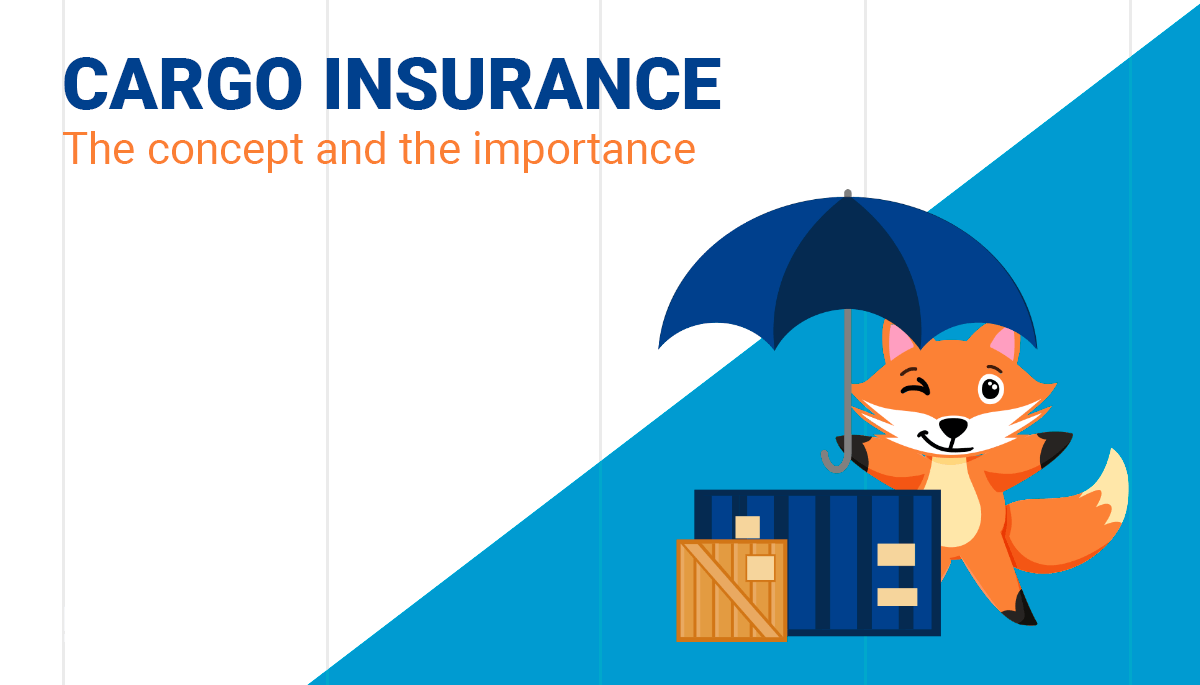 There are many kinds of insurance coverages for cargo in the market, and you may find yourself facing doubts about which one better fits the needs of your shipment, or even if insurance is needed at all in your operations.

In this post, we will cover the basics of the types of cargo insurance, give you an overview of what they cover and what they don’t cover, as well as highlight the reason why insuring your goods is so important when shipping them.

But first, let’s take a look at the common risks surrounding the transportation of goods.

There are many possibilities that can lead to goods being damaged, and the risks are even greater when the products are not properly packaged. The conditions of the packaging during the stages of transport also serve as good indicators to where exactly the cargo was compromised and who should be held accountable for it.

For example, If the packages are damaged upon being received by the sea or air carrier, that means something went wrong during the first transport, and the carrier should document the situation as soon as possible.

Or, if the receiver of the goods on the other end notices anything wrong with the packages, it indicates that it happened under the carrier’s responsibility.

Regardless of the case, it is very important that the situation is documented.

It may be partial or full, but theft must the proven with evidence, such as CCTV footage, and reported to the authorities as fast as possible. On the contrary, it will be considered a loss, and the carrier will be held accountable for the missing goods, proportionally to the quantity of products that was lost.

Exclusive to sea freight, general average refers to when both the vessel and the shipment are damaged. Sometimes, when a ship is in danger, part of the shipments that are being carried may need to be sacrificed in order to save the ship itself. It is not a frequent occurrence, but it can still happen, so it is advisable to insure your cargo against this risk when shipping by sea.

These can happen as a result of, for example, delays, that may inflict financial losses to the cargo owners. However, it is not usually possible to get insurance for consequential damage, since the extent of said losses is too difficult to measure accurately.

Now that you understand the risks involved in cargo transportation, we have listed below the main types of cargo insurance, with a glance of what they cover.

Offers coverage against theft, damage from collision and other risks when your shipment is being transported by land, more commonly in a truck, but it does cover other land vehicles as long as they’re eligible for that specific policy. Whether this insurance plan covers or not international transport will depend on the level of coverage that the company offers or that you chose to contract based on your cargo’s demands.

This policy is for shipments that are being transported by ship or plane, and it offers coverage against damages while loading and unloading, harm that may be caused by bad weather conditions and other relevant risks, such as piracy, in sea freight.

It is a wide insurance policy that covers most damages and physical losses that a shipment may suffer. It is usually applicable for cargo that is considered “general” and not so susceptible to being damaged during transport.

This policy covers exclusively the damage caused by the conditions named in the contract, which can be many, like fire, earthquakes, theft, or others.

What insurance does not cover

Most insurance coverages have specific conditions under which in case the cargo is damaged or compromised, the affected party will not be compensated for the losses occurred. For example, damage caused by neglect, customs clearance rejection, or when one of the parts fails to pay or collect the goods.

Everything that is and that is not covered by an insurance plan should always be clarified and formalized in the documents regarding to the service hired to avoid misunderstandings.

Why should I have insurance?

Accidents are always a possibility, and having insurance means investing in financial safety. If anything happens to your cargo you will be compensated for the goods that were compromised and feel thankful for choosing to have insurance in the first place. Think about it: The costs of a good coverage will probably not impact your company as much as the costs of an entire shipment being lost to an accident you chose not to get insurance for.

In freight transportation, it is always better being safe than sorry.