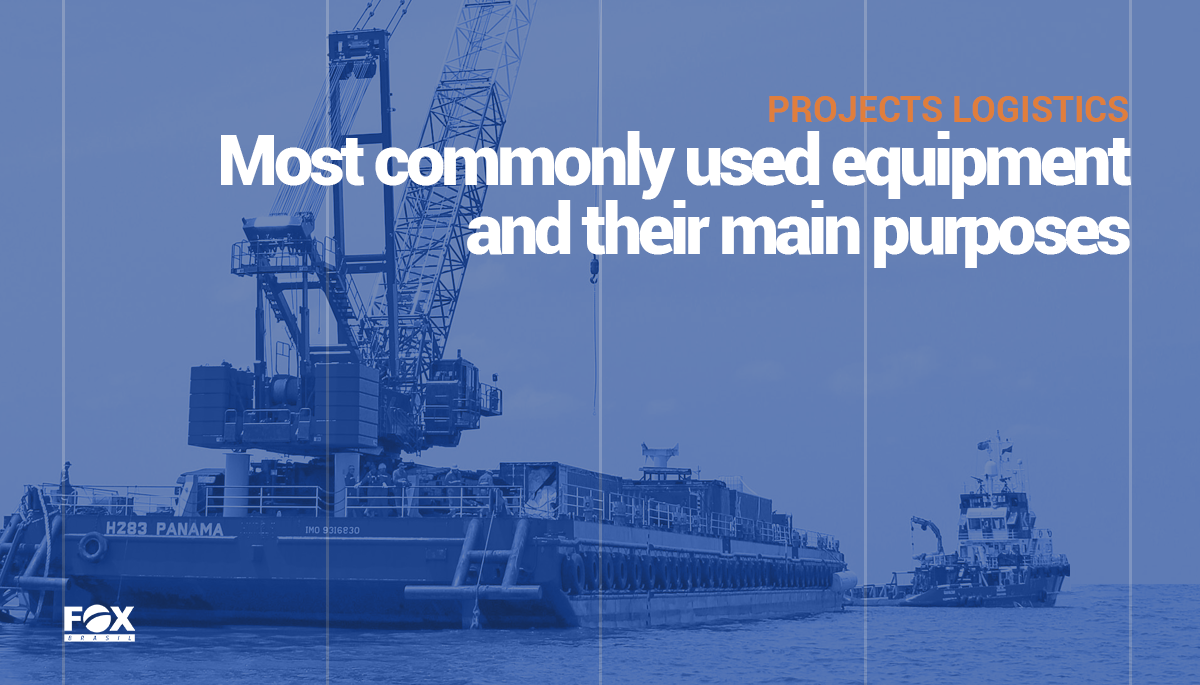 The safe transportation of goods classified as projects cargo rely on a variety of equipment, many designed specially to support overweight and oversized products, as well as facilitate their loading and unloading. Let’s take a look at the most commonly used equipment and their main uses.

There are a few different models of flat containers, each with their own characteristics: Some have end walls that facilitate their transport and storage, some have no walls at all, but the predominant aspect in all of them is their flat ground and open sides, as well as the top, that makes it possible for heavy loads and oversized cargo to be transported. They are ideal for big pieces of machinery, pipes, boats, and others.

They have versions with collapsible and non-collapsible walls, as well as a category named Bolsters, that differ from regular flat racks because they have a thinner base and no walls at all. These containers are even used as structural bridges in properties like farms, since they’re able to sustain huge amounts of weight.

These containers have their top covered only by a tarp, but the sides and the ends are solid just like a standard container, allowing us to fit taller cargo, loading it inside from the top, and still protect it from environmental elements.

They are mostly used to load and unload cargo on board the Ro-Ro ships and their structure is similar to the flat racks, but with the addition of rear wheels. When attached to a vehicle, they’re able to carry unmovable cargo and turn their shipping into a faster, safer and easier process.

They are similar to roll trailers, but instead of only rear wheels, they also have a set of front wheels. They’re mainly used in the transport of breakbulk cargo that can’t fit inside containers and instead are shipped in boxes, crates or barrels.